Reflective video is an element of reflective practice I have waxed lyrical about for a long time. The ability to see oneself and analyse how we come across when we communicate, and if we are capable of transmitting a clear and succinct message that learners and/or attendees at a workshop/seminar can comprehend.

Here is a trial run of one of the videos – it was supposed to be 2.5 – 3 minutes long. Reflective practice note to self – get to the point and make your message clear.

Here is the video of my talk at the IATELF BESIG Conference: Using video to help develop oral presentation skills using mobile devices, held in Sitges this weekend; 13-15 November 2015.

The main principles of my reflective cycle are:

I shared some research I have done an EAP context, but have also used this with students preparing for Cambridge exams, and business English classes in 1:1 and group contexts.

I have already received some very positive feedback from some of the attendees at my talk, so let me know if you try this and how it works.

Today I gave a workshop at Oxford Telf Barcelona about using video to develop oral presentation skills using mobile devices. It was a lot of fun and I learnt a lot from the teachers who attended. The great thing about workshops for me, is sharing ideas and brainstorming ideas for new things to try in class.

Although Bennet Miller films are not my taste they are acclaimed and there is no denying that he is a good director. I actually prefer is adverts to be fair, especially Little Miss Puffytail which is one of a series of three 30 second toilet paper ads that he has recently produced for Quilted Northern.

I recently used the Little Miss Puffytail video in class, to draw learner awareness to intonation and its relation to attitude when speaking. My students have a habit of talking in long monotone stretches of discourse, without pausing or chunking, so I also wanted them to consider these features.

Here are the stages of the activity:

I found this was an interesting and useful activity for the learners to make them aware of the significance of intonation in the delivery of what we say, and to encourage them to vary their intonation when they speak. It created a lot of interaction and emergent language.

I was excited and overwhelmed to be presenting at Innovate ELT in Barcelona. It was a great opportunity to learn from a lot of the big names in ELT , but there was an element of panic too.

My talk was scheduled at the same time as Scott Thornbury, Sinéad Laffan and Nick Robinson from ELTjam, so I was nervous that there would be low attendance. However, the talk directly before mine was from Kieran Donaghy for which the room was full to the brim, and that’s how it stayed, Kieran included!

My talk centred around using video in the classroom and the creation of video on mobile devices to develop oral skills. The main points were:

Here is a clip from the talk I gave at Oxford Tefl in Barcelona in February about using mobile phones for teaching and learning. I really enjoyed sharing my ideas with the attendees and all the feedback and interaction which helped me for giving further talks on the subject, and presenting my ideas in general.

Seeing myself on film has been been invaluable for learning how I come across when presenting.  I have watched the footage repeatedly for reflective practice and to observe my presentation style, and as a corrective tool to consider any changes or improvements that could be made to my presentations.

I will be sharing my ideas about the use of video for teaching learning at the Innovate ELT conference on the 9th May. 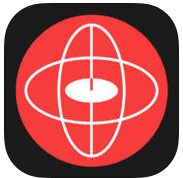 If you are experimenting with learners using the video mode of their iPhone, iPod Touch or iPad, I can highly recommend this app. Horizon Video Recorder allows the user to capture and create a better quality clip because no matter how your device is held, it will always film in horizontal mode allowing for a clearer image in playback mode without cutting out some of the content.