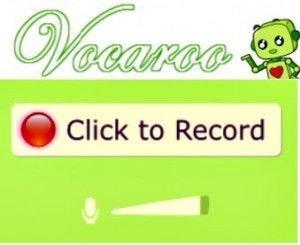 Vocaroo is the easiest voice recording tool that the internet offers and what’s more it is free, but it is only available for Android phones, laptops/Macbooks and desktop computers. Vocaroo is not the only easy voice recording app available, apple users have iTalk Recorder which is not free, but is extremely easy to use and guarantees quality recordings and easy sharing which appears to be a problem with Vocaroo. Press the big red button to record and press it again to stop. Recordings can also be appended to existing recordings.

I have used voice recordings in class to create short role-plays, adverts, audio guides for museums, monuments, cities and countries, and creating narratives. The recording is a personal record for the learners of their proficiency and can later be evaluated for pronunciation and the paralinguistic features of speech. 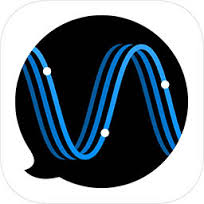 An incredible voice activated translation app that can be used to help with pronunciation, lexis and encouraging learners to experiment with learning English inside and outside the classroom.

Learners speak into their devices – iPhone, iPod Touch or iPad, and the app provides an audio translation of what was said. There are 42 available languages. Some translations are not explicit as they could be but I still think it is an amazing app.

I have used iTranslate Voice in a grouped class race activity where I have boarded a couple of phrases in Spanish for students to translate into English and shout out once they think they have the correct answer. I then put jumbled phrases in English on the board for learners to order the by using iTranslate to hear the phrase in L1 to check what the correct order of the words should be.