With the surge of interest and investment into AI, the question at the forefront of my mind is ‘What does it mean to be human?’ The apparent obsession with AI is to replicate human intelligence on all levels, but the problem I have with this is that I don’t think we fully understand what it means to be human. I think it is impossible to reproduce human ‘intelligence’ without first appreciating the complexities of the human brain. Hawkins (2004) argues that the primary reason we have been unable to successfully build a machine that thinks exactly like a human, is our lack of knowledge about the complex functioning of cerebral activity, and how the human brain is able to process information without thinking.

This is the reason why the work of Hiroshi Ishiguro, the creator of both Erica and Geminoid, interests me so much. The motivation for Ishiguro to create android robots is to better understand humans, in order to build better robots, which can in turn help humans. I met Erica in 2016 and the experience made me realise that we are in fact perhaps pursing goals of human replication that are unnecessary. Besides, which model of human should be used as the blueprint for androids and humanoid robots? Don’t get me wrong, I am fascinated with Ishiguro’s creation of Erica.

My current research focuses on speech dialogue systems and human computer interaction (HCI) for language learning, which I intend to develop so it can be mapped onto an anthropomorphic robot for the same purposes. Research demonstrates, that one of the specific reasons the use of non-human interactive agents are successful in language learning is because they disinhibit learners and therefore promote interaction, especially amongst those with special educational needs.

The attraction is of humanoid robots and androids for me therefore, is not necessary how representative they are of humans, but more about the affordances of the non-human aspects they have, such as being judgemental. In my opinion, we need more Erica’s in the world.

I have recently become extremely interested in research carried out by Ishiguro regarding human responses to android robots. By using the Total Turing Test it was possible to determine that subjects were unable to identify android robots when being flash exposed to them for one or two seconds when given the task of remembering the colour of the clothing the android was wearing. For me this demonstrates that the neurological capacity of the brain believes what it sees but is also influenced by what it wants to see. With respect to language learning and the use of androids, studies have demonstrated that the lack of emotion in androids supports learning in individuals with autism because they do not respond emotionally to the subjects they are interacting with. This highlights important parallels with inhibition in language learning and the subconscious facial gestures teachers often demonstrate in response to learner performance. One raised eyebrow is enough for a learner to become aware that something they said was incorrect and they will directly react to this by either losing their train of thought, pausing for correction or stopping what they were saying all together. Remove the facial gesture from the teacher out of this equation and the learner will probably continue to speak. Perhaps androids can offer a different solution to this problem.

Memrise is particularly appealing to visual learners, because the learning is realised through the use of static image flashcards, audio and drilling the lexis and language chunks. Although the learners become prosumers, as they create and use the visual learning content to build their own multimedia vocabulary and/or set phrases, the language chunks are selected by Memrise. Learners are encouraged to upload their own ‘Mem’s” therefore personalising their learning experience to a certain extent. A good way to engage with English while on the go, with the option of competing against other learners too.

The Evernote app enables the user to store handwritten notes, clips of web articles photos and images on iPads, iPhones, Android Phones, and Windows phones with the objective of creating a digital workspace that can be accessed from the device you own by syncing between. This way information can be stored and used on iPads, iPhones, Android Phones and Windows phones for use while on the move or in the study space. It also allows learners to make presentations using by selecting the presentation option, which will transform the notes into a presentation automatically. 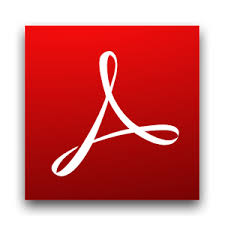 Functions include highlighting text, striking through, underlining, adding typed text, writing or drawing anywhere on the document, and adding a personlised signature.

I use this app regularly on my iPad to make notes and highlight key points in articles, and I have used it for writing notes on scanned student assignments, so it is as equally useful for learners and teachers.

British Council Learn English Grammar (UK Edition) is a great way for learners to practice their grammar structures in their own time outside class. Great for making use of commuting time to brush up on grammar skills while on the move. Any queries can be verified with teachers in class. Elementary, Intermediate and Advanced level packs available.

The Phrasal Verbs Machine from Cambridge ensures that phrasal verbs will never be the same again! Learners select the correct phrasal verb from the five options given by the Phrasal Verb Machine, in response to the animation shown. The animation is in a 1920’s style as is the machine and the accompanying music. Hours of fun and a great way to engage learners in their own time so they feel confident and motivated to incorporate phrasal verbs more frequently in their discourse.